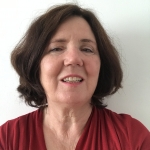 Lecturer in Children's and Neonatal Nursing

Breidge trained as a nurse in the early 1980s at Altnagelvin Hospital, Derry in Northern Ireland.  She specialised in Children’s nursing via a post registration-training course at Great Ormond Street Hospital, London five years later. On completion, and after a stint as a P/NICU staff nurse, she went to the Wittington Hospital where she subspecialised in Neonatal Nursing; then worked as Sister and later unit manager on the neonatal surgical unit at Queen Elizabeth Hospital for Children in Hackney. During this time, she achieved a First Class Honours Degree in Health Studies through the RCN. While completing an MSc in Children’s Health Nursing, and launching her research career, Breidge returned to Great Ormond Street where she was employed as an ANNP, the first advanced nurse practitioner at that hospital. The training included completing a BSc in Neonatal Studies at Southampton University. She served as Lead Nurse for Neonates for North Central London 2004-2005.

Breidge moved into research full time in 2006; leading on the clinical and nursing aspects of the BOOST-11 UK trial in the UK and Ireland. She returned to Ireland in 2009 where she completed a PhD in perinatal epidemiology, examining the association between twinning and congenital anomaly, at Ulster University. She now lectures in Children’s and Neonatal Nursing at Queen’s University Belfast and edits the Journal of Neonatal Nursing.

PhD "The Risk of Congenital Anomalies in Multiple Births: A European Registry Based Study”

The changing epidemiology of Ebstein's anomaly and its relationship with maternal mental health conditions: a European registry-based study.

Estimating Global Burden of Disease due to congenital anomaly: an analysis of European data.

The changing epidemiology of Ebstein's anomaly and its relationship with maternal mental health conditions: a European registry-based study.

Prevalence and risk of Down syndrome in monozygotic and dizygotic multiple pregnancies in Europe: implications for prenatal screening.