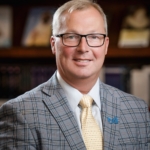 Professor Stefan du Plessis is the Dean of Research and Graduate Studies, a Professor of Physiology at the College of Medicine (MBRU), and currently the Acting Provost since June 2022. He completed his tertiary education at Stellenbosch University, South Africa. He remained as Faculty where he rose through the ranks to full Professor and served 3 terms as Head of the Division of Medical Physiology in the Faculty of Medicine and Health Sciences. His research interests are in the field of male reproductive physiology, resulting in more than 120 peer-reviewed articles and nearly 5500 citations. He also has to his credit 27 book chapters and 4 books and has supervised numerous Doctoral and Master’s students. He serves on the editorial board of two international journals and acts as an ad hoc reviewer for various funding bodies and scientific journals. Prof du Plessis has recently been elected as member of the Mohammed bin Rashed Academy of Scientists (MBRAS), is a National Research Foundation B-rated researcher and the recipient of a Fulbright Scholarship as well as several other research and teaching awards.

Dean of Research and Graduate Studies

US Department of State, USA

The effect of obesity on sperm disorders and male infertility

Free radicals: their beneficial and detrimental effects on sperm function