A new cycle of the MBRU-AlMahmeed Collaborative Research Award was announced by Mohammed bin Rashid University of Medicine and Health Sciences, MBRU, in line with the UAE National Advanced Sciences Agenda 2031. The award is a competitive research funding opportunity aimed at advancing research in critical areas of healthcare, as well as promoting partnerships between MBRU and researchers from recognised universities and healthcare institutions worldwide.

The award is in its second cycle; it will support competitive proposals of basic, translational, clinical or public health research. Priority is given to proposals in the areas of cancer biology, mental health and brain sciences, and cardio-metabolic diseases; including diabetes mellitus and obesity.

MBRU researchers and investigators from recognised universities and healthcare institutions from around the world, are eligible to apply. To be eligible, external investigators should submit proposals in collaboration with an MBRU faculty member. Funding may be granted for up to 2 years. The research proposals will be peer-reviewed by external reviewers and interested applicants should apply by 30th June.

MBRU’s Dean of the College of Medicine, Professor Alawi Alsheikh-Ali said, “We’re pleased to announce the second cycle of the MBRU-AlMahmeed Collaborative Research Award in collaboration with Dr. Wael Abdulrahman Al Mahmeed. The first cycle launched in 2018 attracted competitive applications from a total of twenty-five institutions across six countries. We expect the second cycle to attract a larger number as it will be open to investigators worldwide and to further expand the network of research collaborations at MBRU.”

He further continued, “We are grateful for Dr. Al Mahmeed’s generous gift reflecting a conviction that the wider community is an essential partner for universities as we all strive to advance the science agenda in the UAE and the region”.

“The first cycle of grants was very successful. We expect that this cycle will be even more successful as we have opened applications to the rest of the world. We hope that this award triggers other generous people in the community to invest in research locally,” noted Dr. Wael Al Mahmeed, Consultant Cardiologist at the Heart and Vascular Institute at Cleveland Clinic Abu Dhabi.

Dr. Al Mahmeed is the first to be presented with the ‘Mohammed bin Rashid Award for Investing in Scientific Research’ by His Highness Sheikh Mohammed bin Rashid Al Maktoum, Vice President, Prime Minister and Ruler of Dubai, in recognition of his efforts in support of research and the scientific community in the UAE.

The Mohammed bin Rashid Award for Investing in Scientific Research will be awarded annually to individuals who have played an instrumental role in the advancement of scientific research.

Dr. Al Mahmeed has been a pivotal figure in MBRU’s quest to give back to the community. In 2018, Dr. Wael and MBRU collaborated on the MBRU-AlMahmeed Research Award, the first of its kind at the university, focusing on scientific research, which was open to scientists in the UAE and GCC.

Dr. Tom Loney, Associate Professor of Public Health and Epidemiology at MBRU, is one of the recipients of the MBRU-AlMahmeed Research Award 2018. The grant allowed him to continue a large mother and child prospective cohort study to identify possible lifestyle and environmental exposures that may influence pregnancy and birth outcomes in 10,000 Emirati women and their babies. 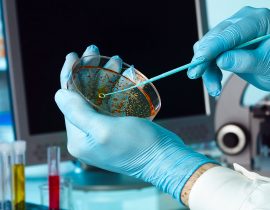 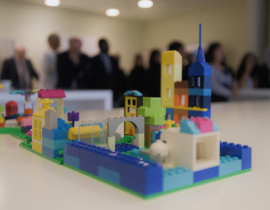